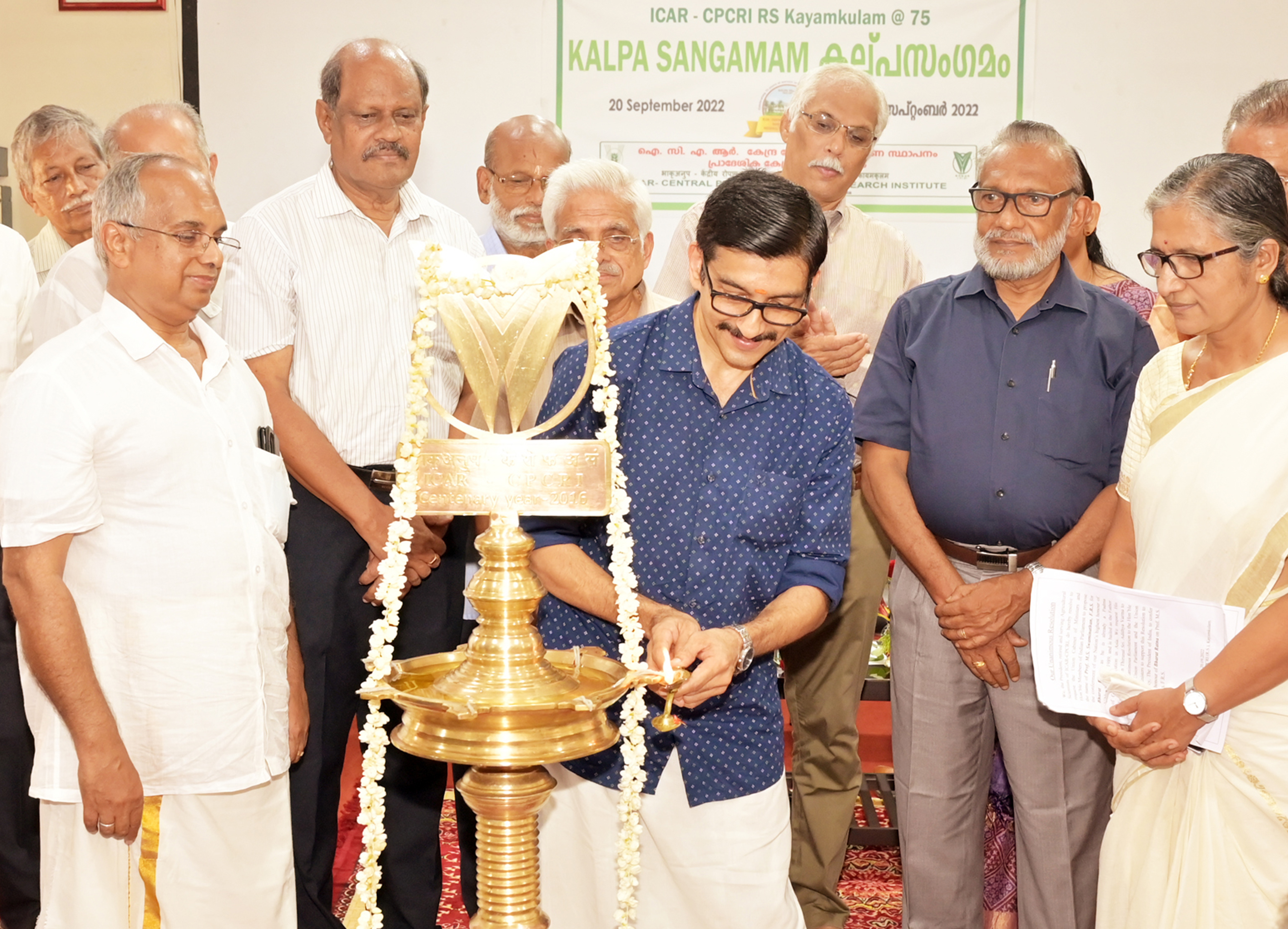 ICAR-CPCRI Regional Station, Kayamkulam celebrated Kalpa Sangamam- a grand communion of staff and officers reminiscing 75 years of service to coconut community. This Regional Station is a privileged Institution of honour and pride for coconut farmers founded in 1947. The foundation stone of this Institute was laid by His Highness Marthanda Varma, Elayaraja of princely state of Travancore on 24-04-1947. Celebrating the legacy of 75 years, Kalpa Sangamam was organized on 20-09-2022, wherein an assemblage of about 250 ICAR family members including staff, officers and scientists who had served this Institute converged and shared the past. This communion is unique and first of its kind in the history of any ICAR Institute.

Royal prince His Highness Avittam Thirunal Aditya Varma inaugurated the Kalpa Sangamam by lighting the Kalpa deepam. A down to earth personality of simplicity, Prince Aditya Varma was astonished by the legacy of the Institute and its contribution to coconut community since 1947. He complimented the role of every individual of the Institute in evolving technologies and delivering to the welfare of the coconut farmers. He emphasized the contributions of this Institute should grow several folds in coming years so that coconut becomes the brand Ambassador and the king of plantation crops auguring livelihood, nutritional and heath security of millions of people. His farming instinct was also a great reflection in his message to the ICAR-CPCRI family. Earlier he was given a rousing reception in a traditional style of flower carpeting and lamps carried by women. He greeted the foundation stone laid by his forefather and glimpsed the grain display of Onnattukara region.

The science journey of the Institute and societal outreach activities were presented in a crisp and class video much appreciated by all participants. Dr. P. Anitha Kumari, Acting Head, ICAR-CPCRI, Regional Station, Kayamkulam welcomed the gathering and Dr Regi Jacob Thomas, Principal Scientist proposed the vote of thanks and the assemblage concluded with the National Anthem.