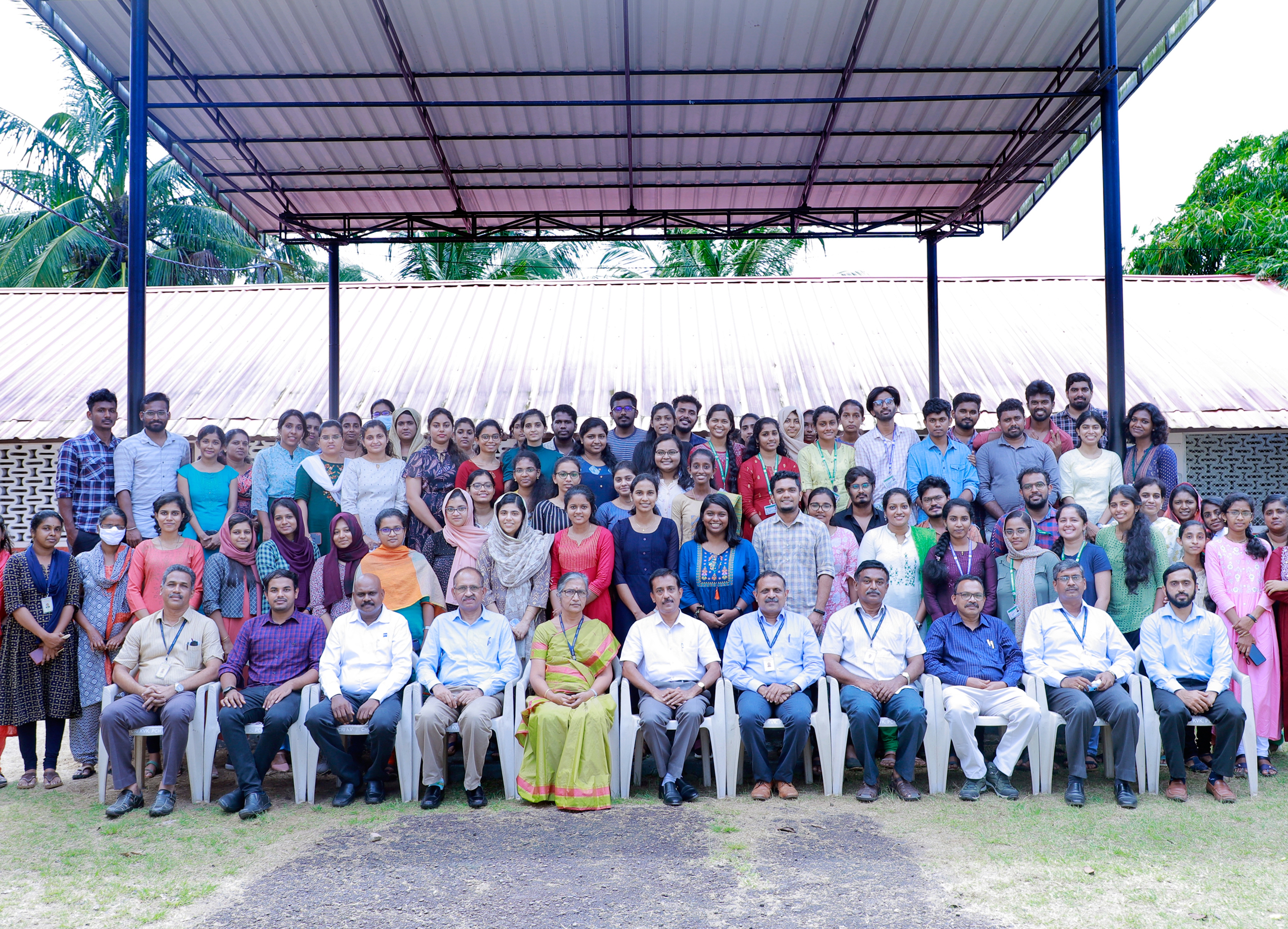 ICAR-CPCRI, Regional Station, Kayamkulam celebrated ‘94th ICAR-Foundation Day’ in the most befitting manner on 16-07-2022 by organizing a ‘commemorative bicentenary lecture on Gregor Johann Mendel’ and also convened a workshop on ‘Advanced Microscopic techniques’ for the new generations research scholars, students and faculties.

Dr P. Anithakumari, Acting Head,offered welcome to the participants highlighting the role of Indian Council of Agricultural Research ensuring the food security of the Nation. She also emphasized the rare coincidence of Azadi ka Amrit Mahotsav with the Kalpa Vajra (Platinum jubilee) of the Regional Station as the Foundation stone was laid by His Highness Marthanda Varma BA, Elayaraja of Princely State of Travancore on 24-04-1947. In her inaugural address conducted in virtual mode, Dr Anitha Karun, Director, ICAR-CPCRI, Kasaragod outlined the stellar performance of ICAR in agricultural research, education and extension making the nation from ship to mouth in to silo to ship economy. While inaugurating the commemorative bicentenary lecture on Gregor Johann Mendel, she emphasized how systematic experimentation on pea plants through application of mathematics made the law of inheritance discovered by Gregor Mendel as a gene editing tool in the present era.

Dr Joseph Job, Vice-Principal, St. Berchman’s College, Changanacherry delivered the commemorative bicentenary lecture on Gregor Johann Mendel in an outstanding manner. He traced the history of Mendel’s work and narrated in a very lucid manner, on how he propounded the law of dominance, law of segregation and law of independent assortment by meticulous experimentation, cross-breeding peas in synergy with mathematical principles. His experimentation on laws of heredity was found to be “too good to be true” even for Fisher’s followers in the currentera. It was found to be flawless and absolutely scientific from all angles, he asserted. Though Gregor Mendel findings was not recognised during his tenure, it was later rediscovered by other leading scientists and he was aptly designed as “Father of Genetics”, he added. Besides hybridization work, his passion towards meteorology, bee-keeping, etc was lauded from every sphere of life, he opined. The talk was so illuminating that all participants gave him a standing ovation of appreciation. Dr Regi J Thomas, Principal Scientist proposed the vote of thanks.

This was followed by the workshop on ‘Advanced Microscopic Technique’ by M/s InBiotek Microsystems, Kochi. Sri CV Ajithkumar, CEO, InBiotek highlighted on the fundamentals of microscopes and highlighting features on resolution, magnification, numerical aperture, Kohler illumination, different types of microscopes from light microscope to confocal microscope and the unique role of cameras capturing the best images for the benefit of all participants. In the afternoon, hands on practical training were provided on handling of microscopes, application of software and recording of perfect imaging and editing techniques by converting into three small groups.

Sri. Jayakumar, Service Director, Inbiotek and Mr Anandhan, Service Engineer also extended the practical sessions and empowered the participants.A brief presentation on the Application of Microscopy in Coconut Research was made by Dr. A. Joseph Rajkumar, Principal Scientist.All participants were overwhelmed by the knowledge gained and the practical know how acquainted from the workshop. About 100 participants attended the workshop and were distributed with the certificate by Dr P Anithakumari, Acting Head of the Regional Station. The workshop concluded with National Anthem. 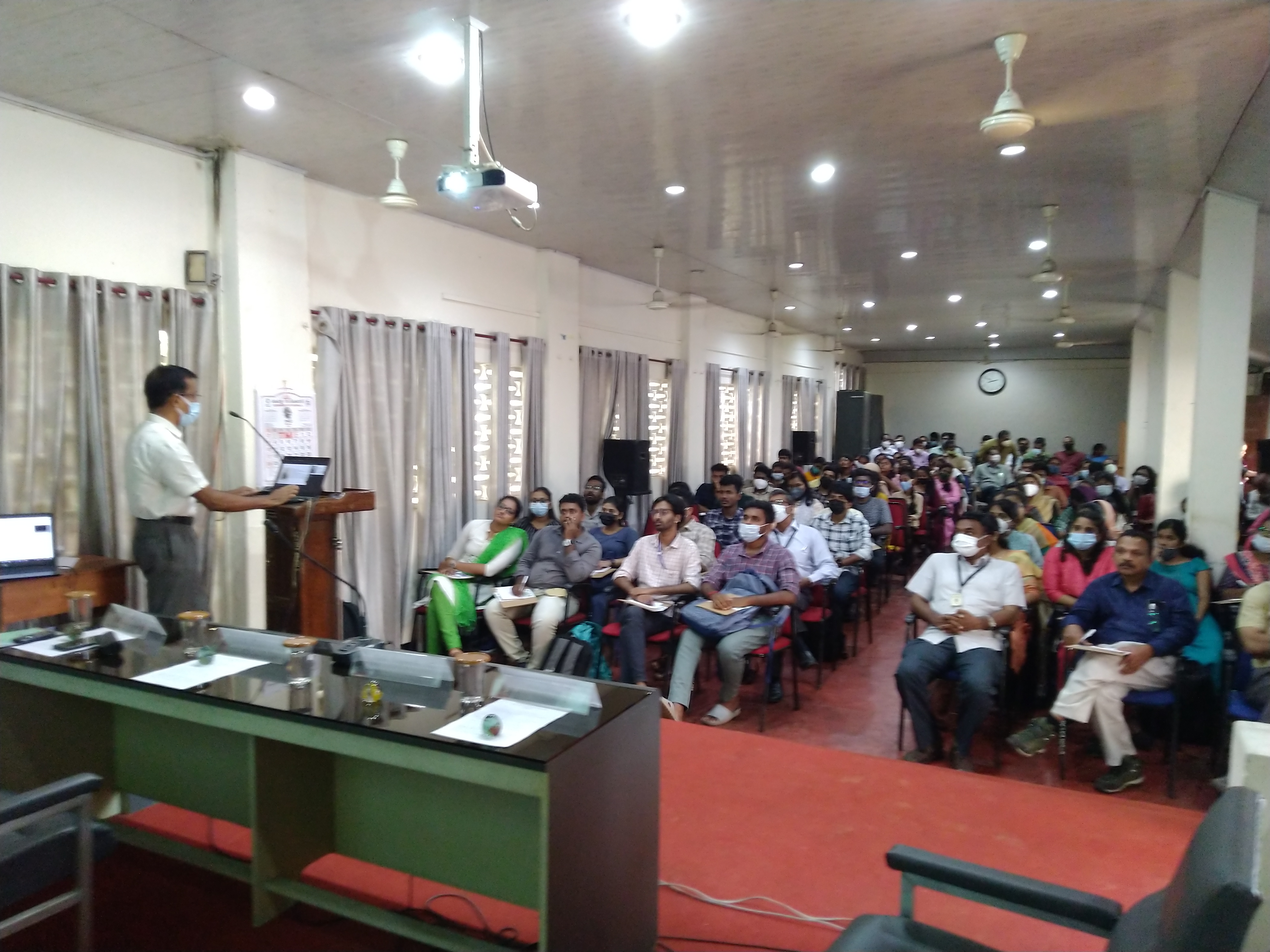 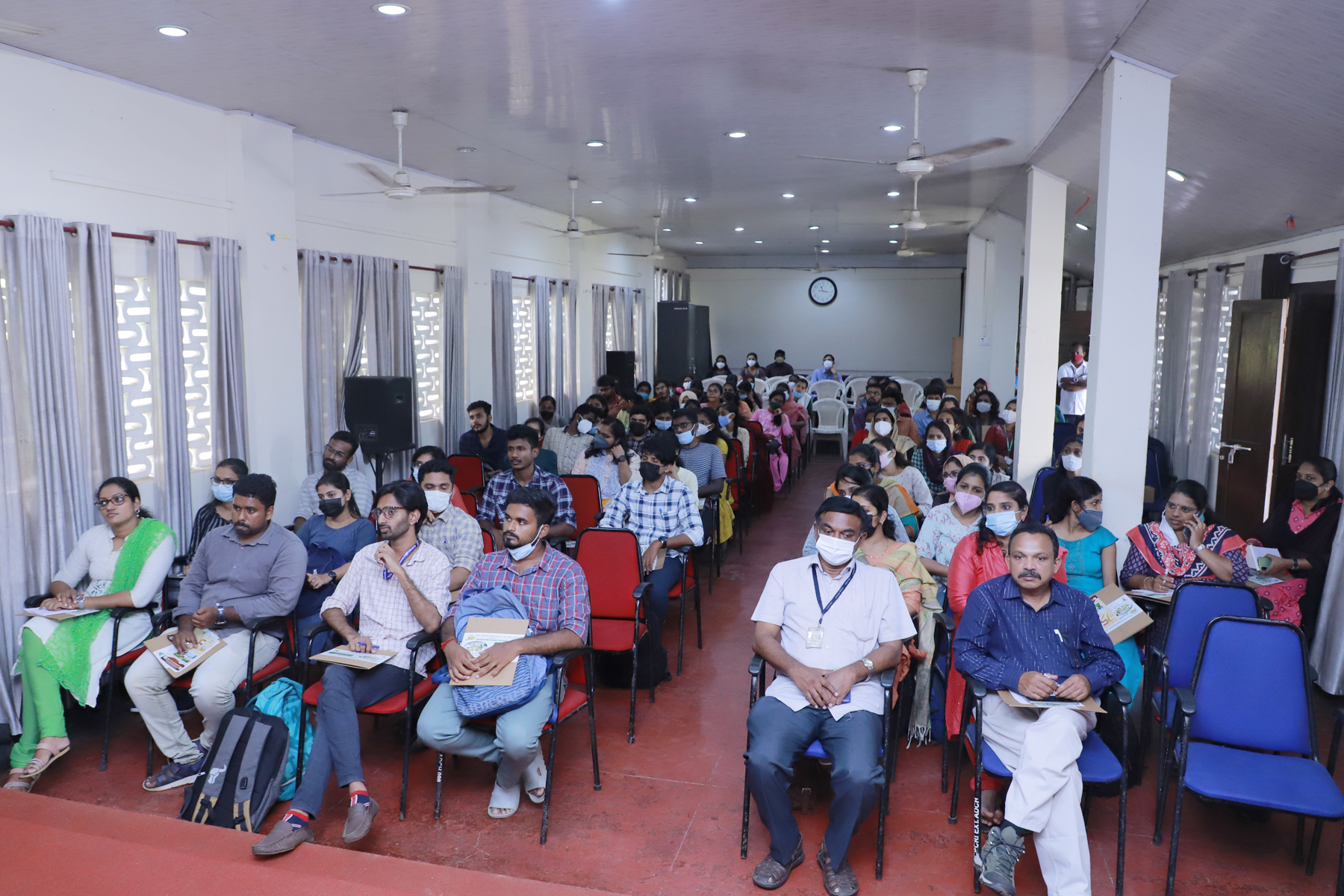 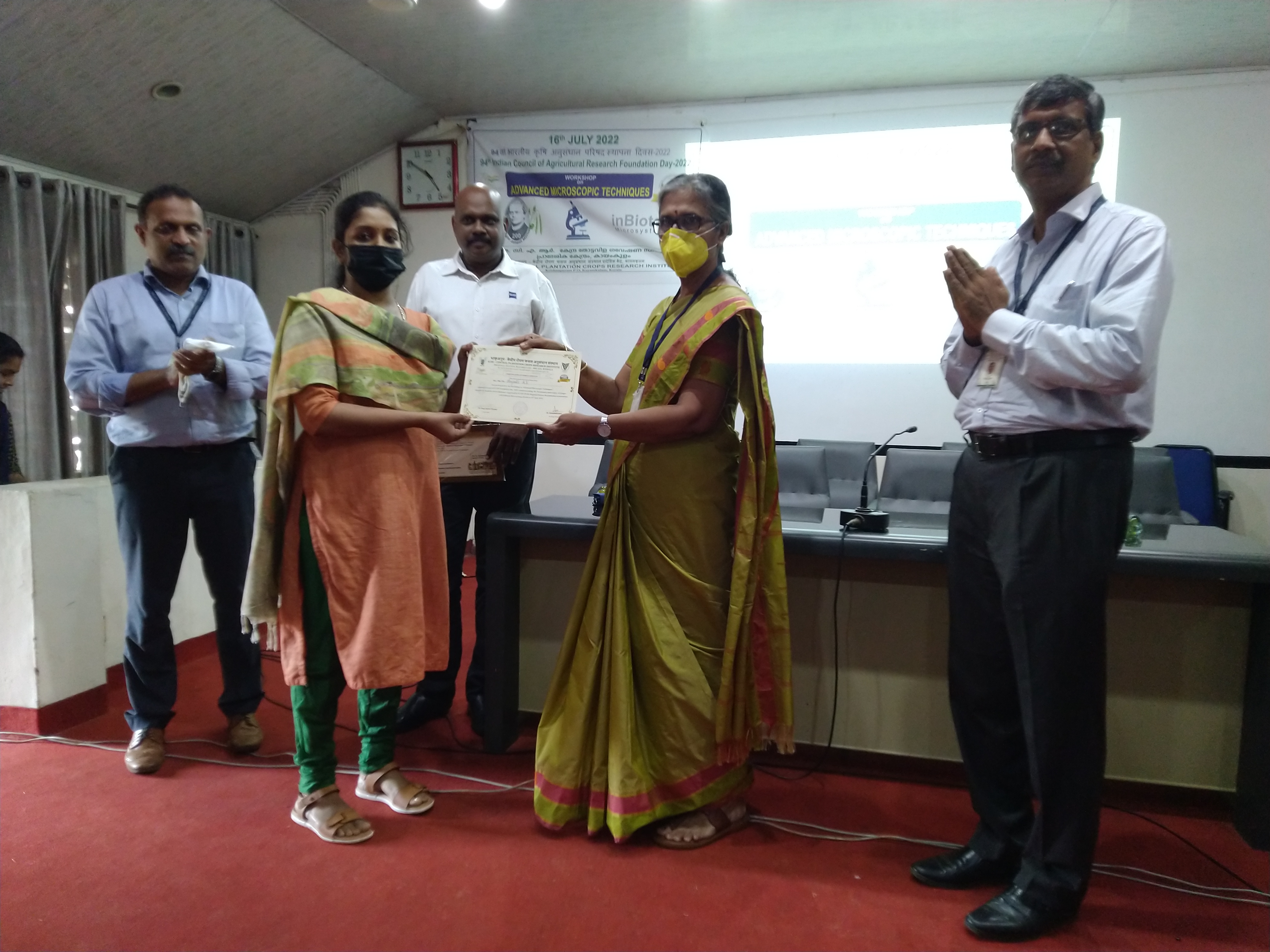 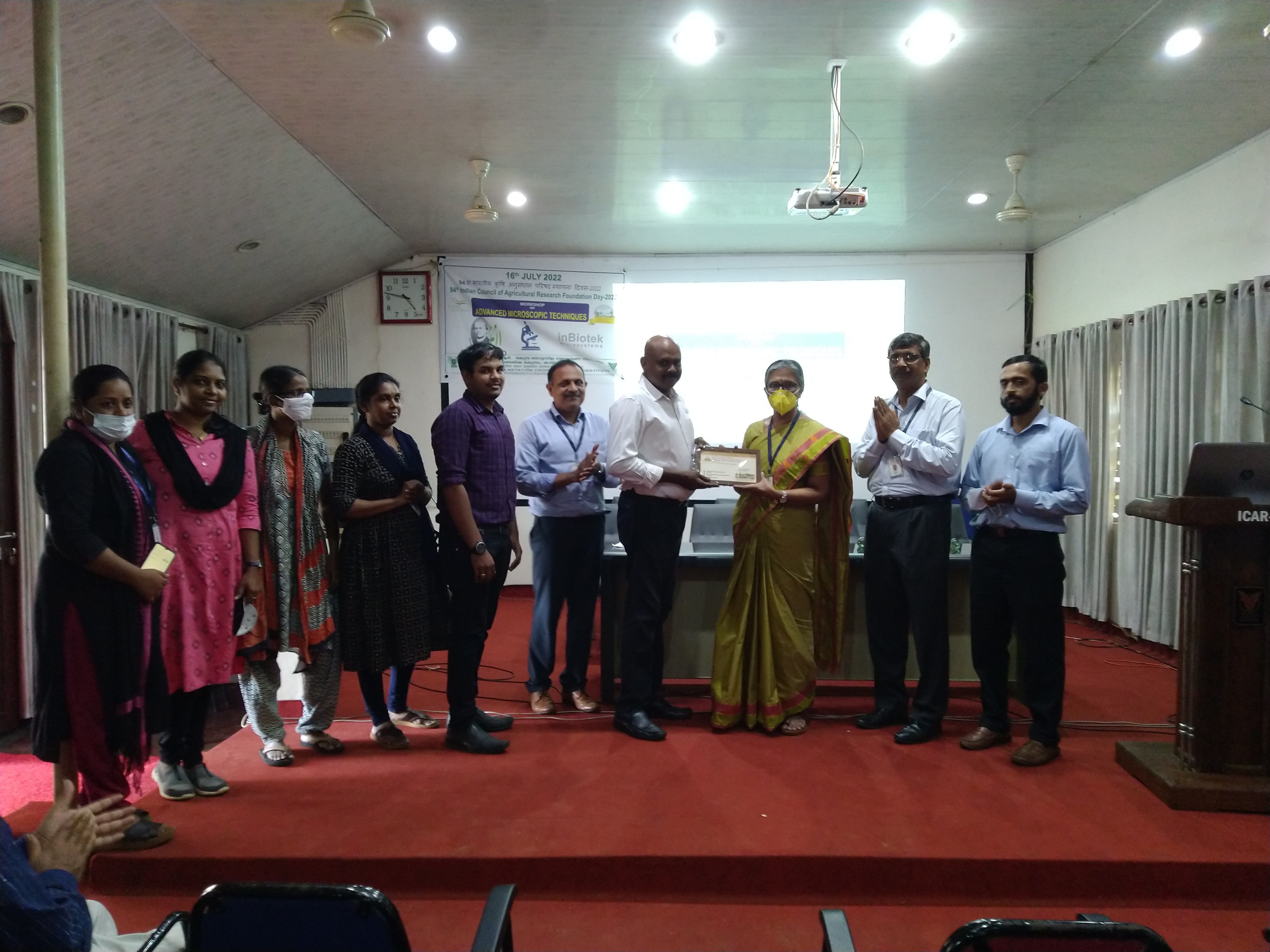 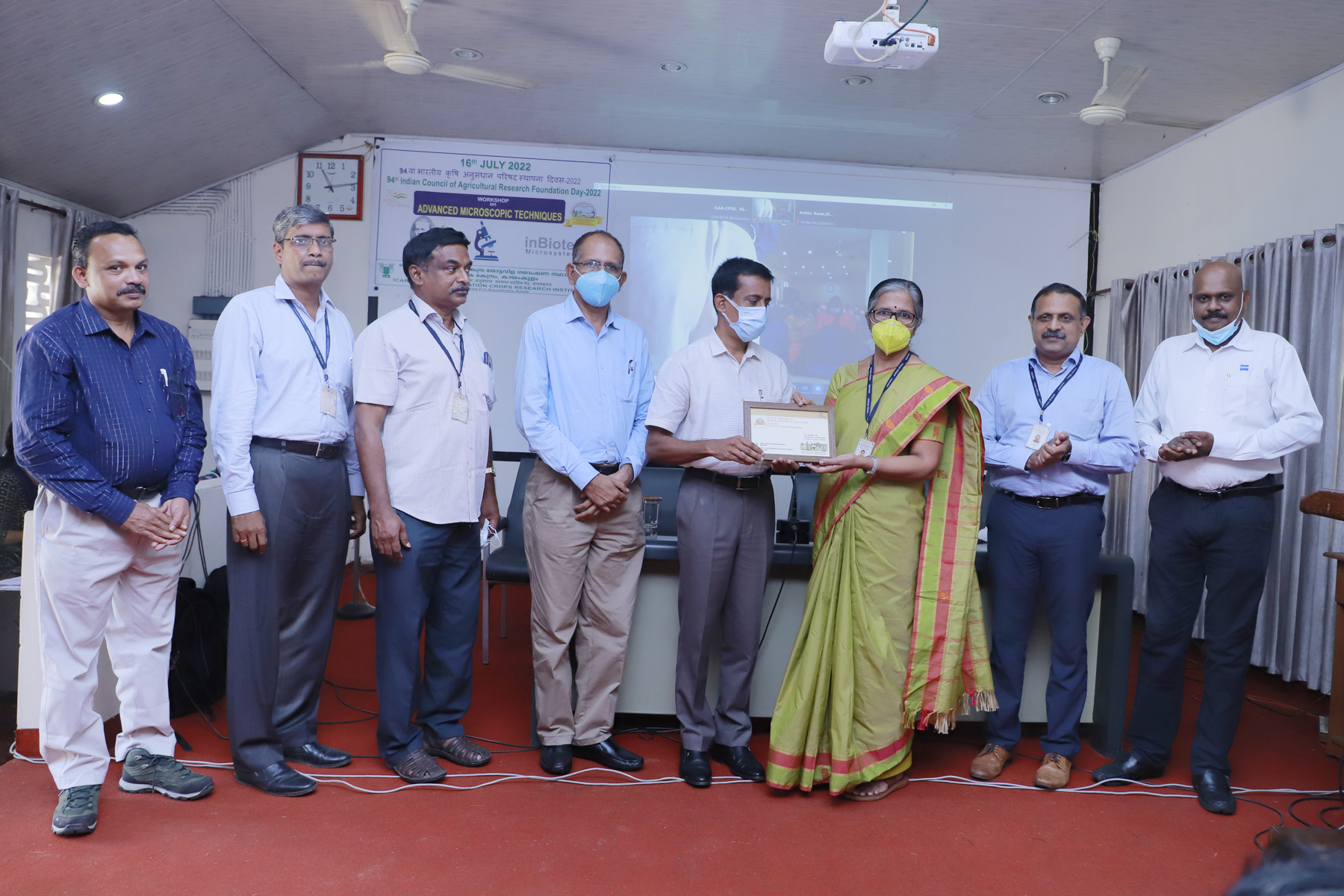