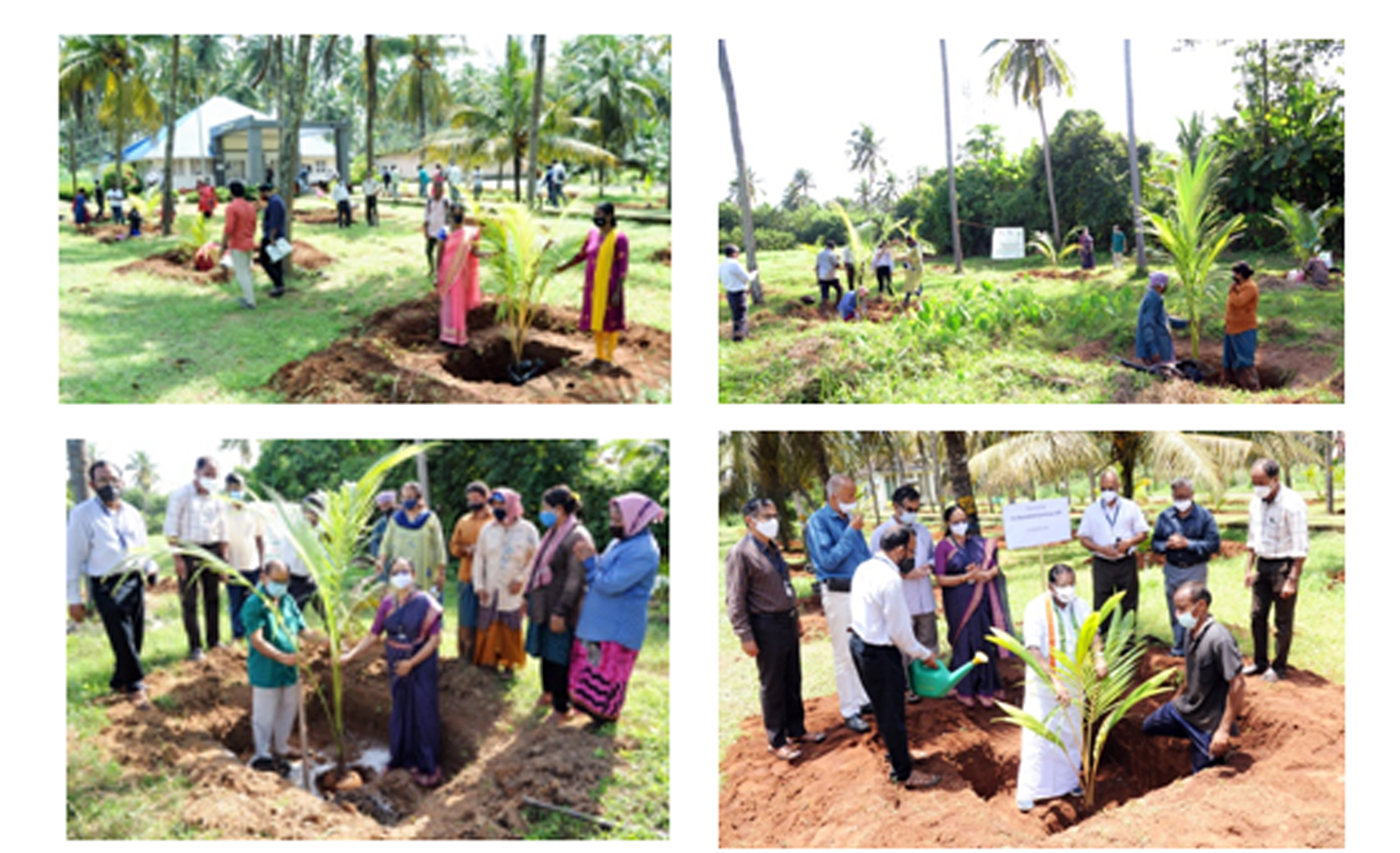 Preamble - Millets are now known as ‘smart food’ (from nutritional perspective) as well as ‘smart crops’ (greater water use efficiency), but area under these crops are declining at an alarming rate of over 10% every year. Currently millets are cultivated in an area of 6.23 lakh in India with a total production is 4.01 lakh tones (2018-19). Realizing the need to promote millets cultivation and consumption across the world, Government of India moved a proposal and got adopted in the U.N. General Assembly to declare the year 2023 as the International Year of Millets.

A curtain raiser programme, Nutri-Cereals Multi-stakeholders’ Mega Convention 3.0,was organized in this regard at national level on 17 September 2021. Shri.Narendra Singh Tomar, Hon’ble Minister of Agriculture & Farmers’ Welfare, Government of India inaugurated the programme. Satellite programmes were organized in all ICAR institutes and KVKs to mark this event

(i) Programme at ICAR-CPCRI The Institute has given wide publicity about the national programme through various farmers’ WhatsApp groups and also provided with the link. The webcasting of the national level programme was viewed by selected SC farmers invited to the Institute. After the inaugural session, Dr. ShameenaBeegum, Scientist (PHT) delivered a talk on ‘Millet and coconut based products for health and immunity’ through online mode

Another tree planting campaign was conducted in farmers’ garden on the same day. During the first fortnight of September, 11,000 coconut seedlings were planted under the SCSP and STC in Aralam, Kerala (STC); PuranaOdapada, Odisha (SCSP) and Daluva, Odisha (TSP) in collaboration with Aralam Farming Corporation (Kerala) Limited and Kalpabrikhya Foundation.

ShriRajmohanUnnithan, Hon’ble MP, Kasaragod inaugurated the programme. Though green revolution had brought excess food grain stock in the country, it also resulted in increased intake of carbohydrates than the required amount and decline in area under millets said ShriUnnithan. Inclusion of millets in the daily diet is requiredfor better health, he said. Equally important is the consumption of home-grown fruits and vegetables. The excess use of chemicals in commercially produced commodities is a matter of concern of public health.

The tree planting campaign was launched by the MP by planting a coconut seedling in the Institute. He distributed saplings to three farmers as part of the campaign. Shri. N. A. Nellikunnu, Hon’ble MLA presided over the function. While referring to increase in number of cancer patients in the district, he requested the MP to send a central team of experts to investigate on the possible causes of this dire situation in the district. 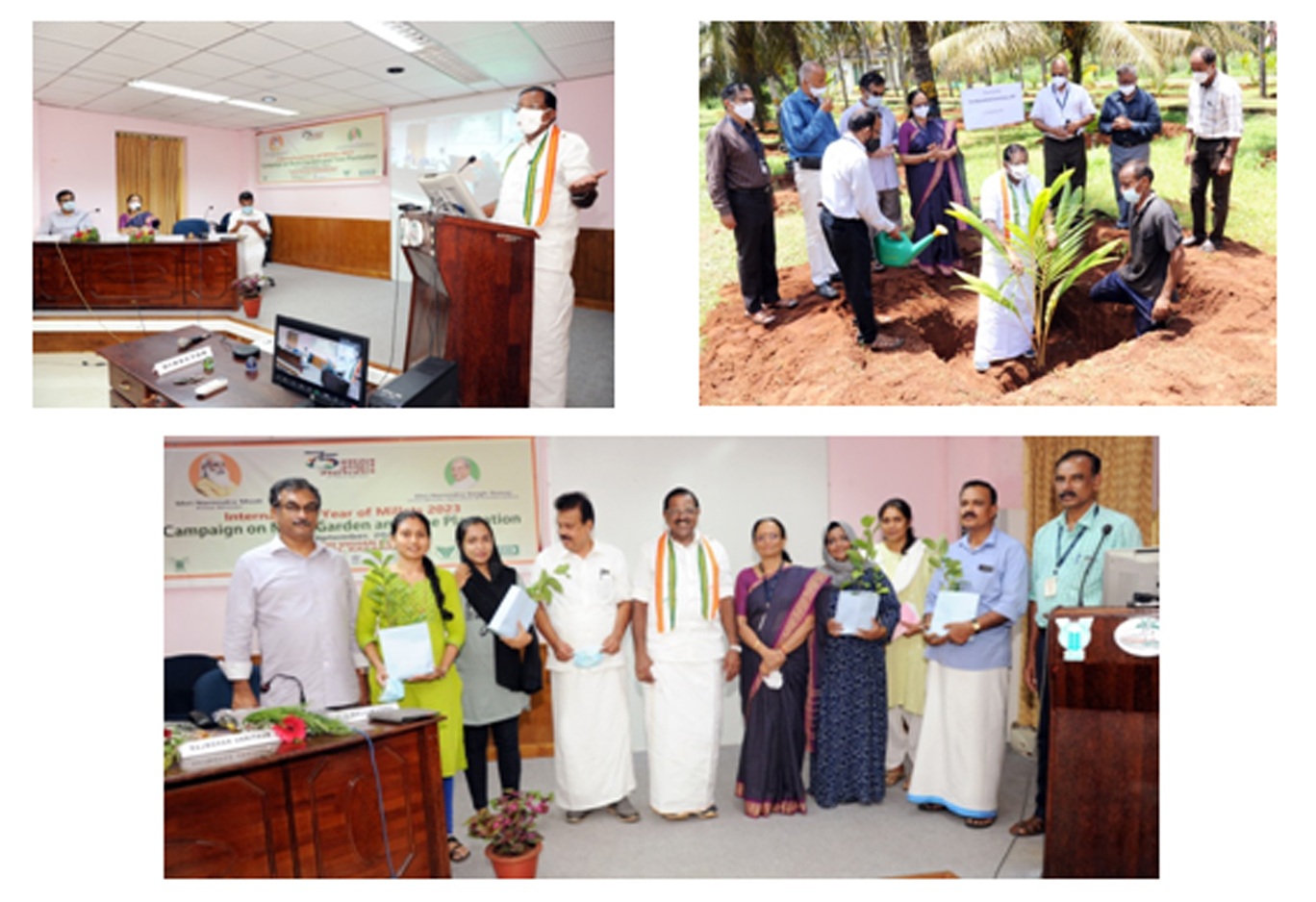