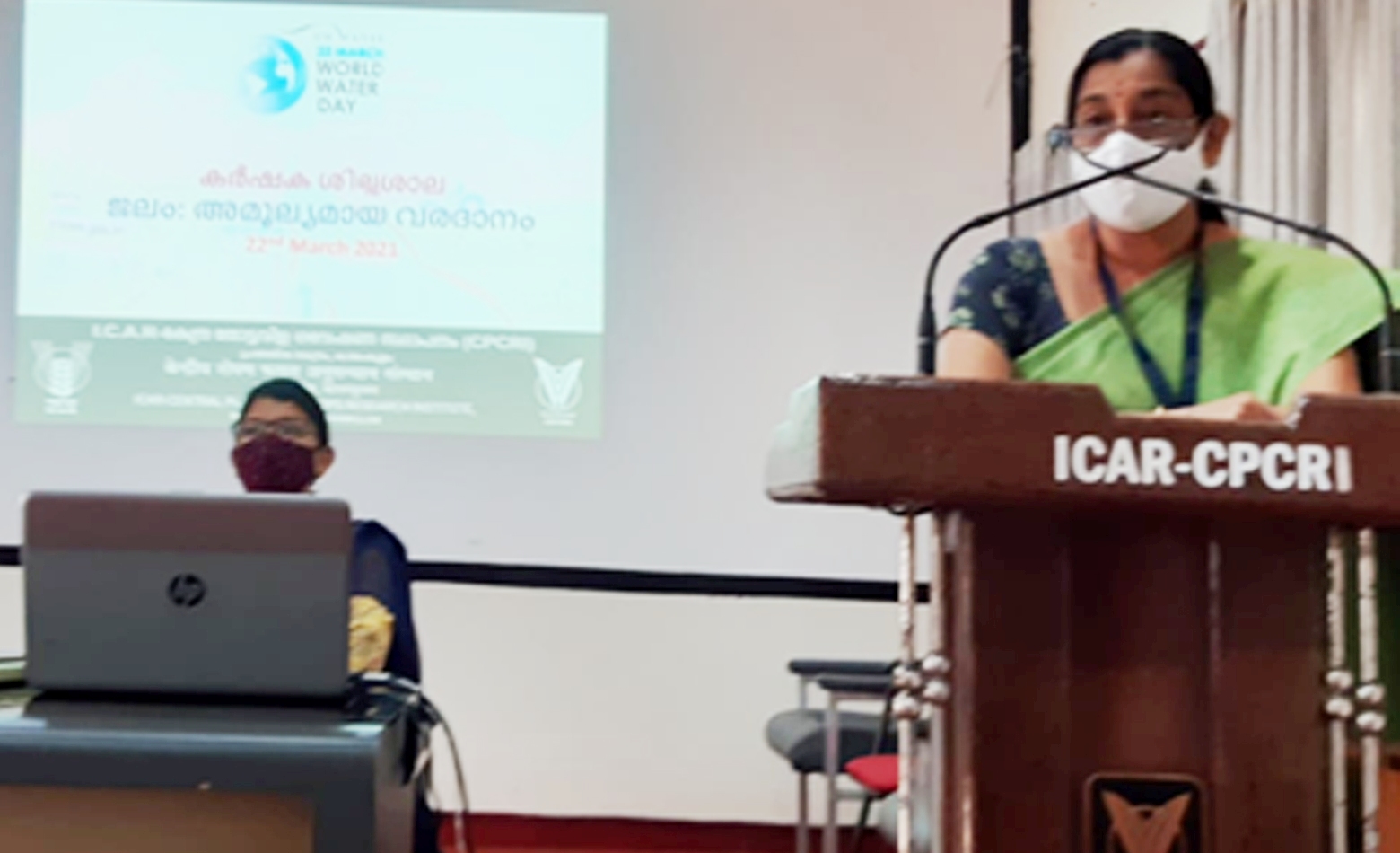 In commemoration of the World Water Day celebration, various programmes were organized at ICAR-CPCRI, RS, Kayamkulam on 22nd March 2021. The forenoon session was conducted as an interactive online workshop on the theme: ‘Valuing water for food security’. Dr. S. Kalavathi, Acting Head, ICAR CPCRI, RS, Kayamkulam in her welcome address, gave a brief outline on the current scenario of water use as well as the responsibility of individual citizens to conserve the precious resource for the forthcoming generations.

The webinar was inaugurated by Dr. Manoj. P. Samuel, Executive Director, KSCSTE-CWRDM, Kozhikkode. In his inaugural address, he highlighted the entangled role of water management along with soil conservation measures for sustaining crop productivity. The concept of virtual water was well explained and the quantity of water required for various crop production activities was elaborated.

The special lecture on “Importance of water on livelihood and food security was delivered by Dr. U. Surendran, Head, Dept. Land and Water Management, KSCSTE-CWRDM, Calicut. He outlined the special situation with regard to the water scenario prevailing in the State of Kerala and exhorted to utilize water judiciously by all sections of people. Despite receipt of > 300 cm rainfall as well as 44 streams, the State faces acute water shortage during summer including drought like situation for all crops. The revised recommendation with regard to water management of various crops with reference to various Agro ecological Zones was discussed. Apart from that various irrigation techniques and the experiment results regarding the efficiency of drip fertigation, water harvesting and methods to enhance irrigation efficiency were also covered. The class was well received by the audience as indicated by the feedback and interaction received from the farmers. Dr. Jeena Mathew, Senior Scientist (Soil Science) proposed vote of thanks.

A quiz competition was conducted in the afternoon session for the staff members of the Regional Station with an objective to create a general awareness for rationalizing the water usage in our daily life. The quiz questions were informative enough to give a general idea among the listeners regarding the water resources, importance of water in our daily life and consumptive use of water by crops. As desired by the Head of the Station, this was followed by a feedback session from the staff members, to develop a way forward plan.

Some of the points for enhancing the efficiency of water conservation in the Regional Station as discussed by the staff members include:

1. Quantifying the water consumption by each section

2. Repairing the leakaging of taps and pipe lines in the campus on an urgent basis

3. Rejuvenating and deepening the existing old ponds and water bodies in the campus for effective recharging of open wells/bore well

4. Exploring the possibility for digging new ponds/water harvesting structures especially one around the bore well area for effective recharging

5. Repairing water meters in all quarters and bringing forth revised and effective billing mechanism.

6. Installation of drip irrigation of all palms in Block IV and V maintained by Farm

8. Exploring the possibility of recycling the water from the laboratories

9. Adjusting the flush system for minimizing the water use

10. Judicious use of irrigation water in the fodder crop production system 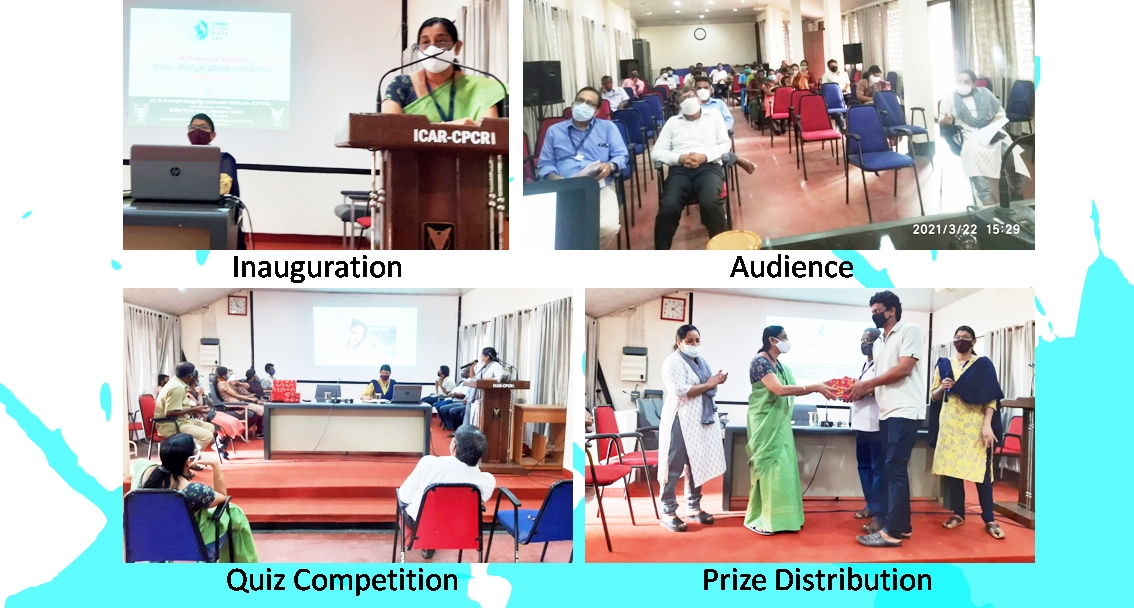