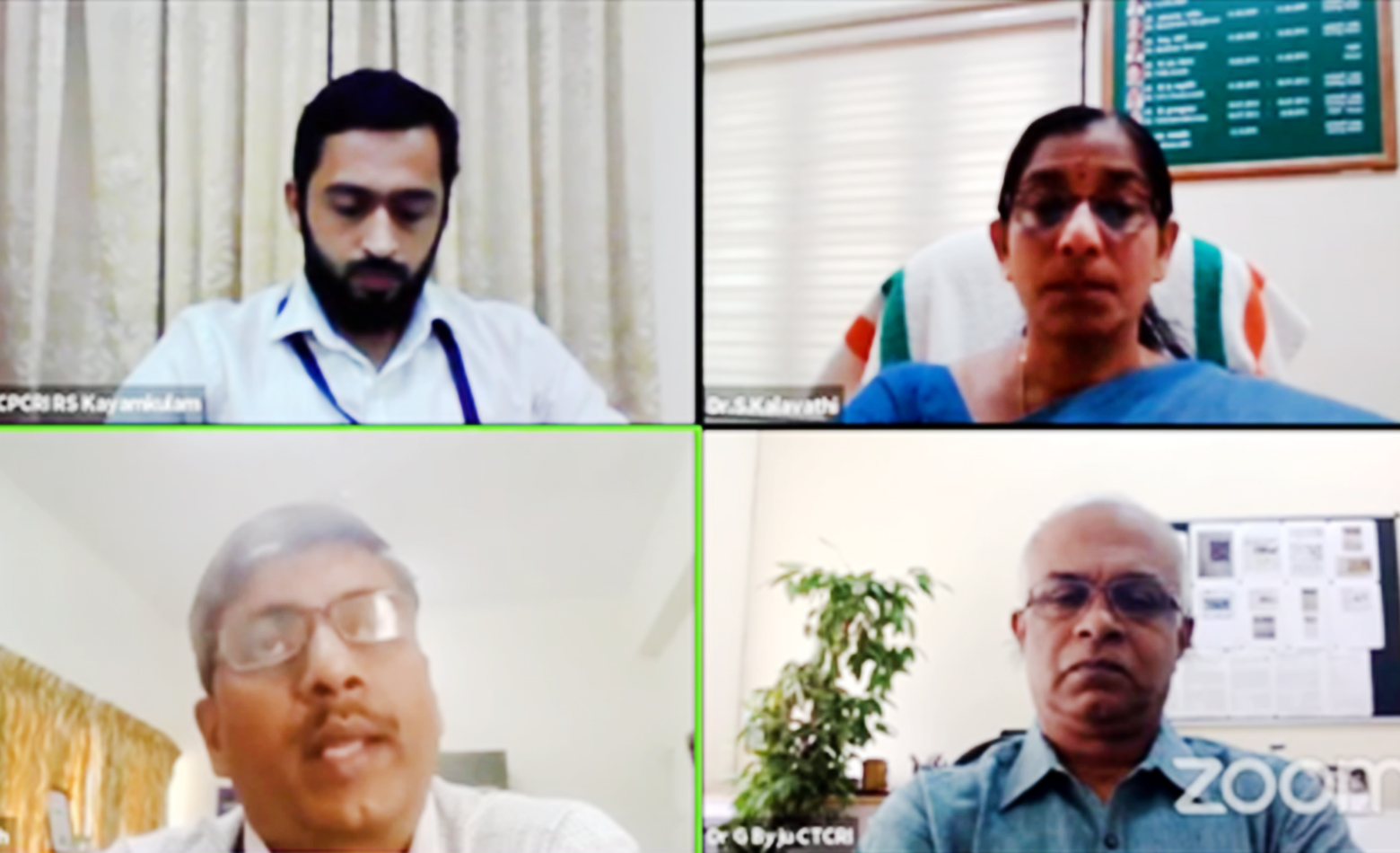 As part of the National Science Day celebrations 2021, a Virtual Interactive Workshop on the theme: “Science, Technology and Innovation for the Empowerment of Students” was conducted at ICAR-CPCRI, Regional Station, Kayamkulam on 1st March 2021. More than 100 students from seventeen colleges participated in the workshop which was conducted through zoom platform as well as through the YouTube live sessions.

Dr. A. Joseph Rajkumar, Principal Scientist, ICAR-CPCRI, RS, Kayamkulam welcomed the gathering. In his welcome speech, he stressed on the importance of scientific thought in day to day life. The history and importance of celebrating National Science Day together with the landmark discovery of ‘Raman effect’ by the Indian physicist Sir C. V. Raman on 28 February 1928 was remembered in his speech. The workshop was inaugurated by Dr. S. Kalavathi, Acting Head, ICAR-CPCRI, RS, Kayamkulam. In her inaugural address, she highlighted the scientific contributions of great scientists of India. The role of scientific awareness in the socio-economic development of societies as well as the conservation of natural resources for the well being of mankind was duly acknowledged.

The keynote address for the session was delivered by Dr. G. Byju, Principal Scientist, ICAR-CTCRI, Thiruvananthapuram. He gave a detailed insight into the role of science, technology and innovation for the progress of the nation. The research methodologies for the benefit of the student community were duly explained. Towards the end of the informative lecture he explained Indian start up success stories as a motivation for the young minds. The lecture was followed by an elocution competition for the students on the topic: ‘Science for students’. Dr. Anes K.M., Scientist proposed vote of thanks. The programme was co-ordinated by Dr. Dr. Anes K.M., Dr. A. Joseph Rajkumar, Dr. Merin Babu and Dr. S. Kalavathi.